Christmas Tips -- Make Sure There are No Twins 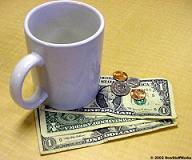 This is the time of year when everything gets rather expensive. The gardeners and the house-cleaning person have to be paid extra, as if I don’t pay them enough already. They provide a service for which I pay them. I provide a service to my employer and I get no bonuses.

I am being somewhat facetious the gardner and house cleaner are a major convenience and they are nice people as well. Saturday morning is when the gardeners come and every other Saturday is when our cleaning person arrives.

The gardeners work in teams of two or three and I noticed last year that the team grows as Christmas approaches. This year, I decided I was going to give my favorite guy, the one who seems to work the hardest something extra. I also slip him between $5-10 from time to time. The gardeners arrived, but my favorite was dropped off by himself, so I thought this would be a good time to give him the extra money. I walked out the door and he waved to me as he normally does, but his English seems to be weaker than normal (my Spanish is non-existent). I ask where his buddy was and he tries to tell me about his brother going to Mexico next week. I explain that I will take care of his partner, but that he has received extra. He thanks me and goes to work.

His partner shows up and it’s my favorite gardener. He waves to me like he always does, his English is much better and its then that I realize they are twins! So, now I have to give the same amount to him. So this month I paid my gardeners more than twice the amount of the bill.

The cleaning lady is as sweet as they come and she arrived bearing gifts. Oh crap. I ran into the back room and threw more money in her card.

It’s better to give than receive, right?
Posted by The Misanthrope at 12:07 AM

Whew! That story was this close to "they all like identical twins to me."

Another advantage of living in the Great White North that I'd never thought about before. No one employs a gardener at Christmas time.
Q

B2, It never entered my mind

If they all really did look the same, you'd be pretty broke.

That's why it's good being a Jew at Christmas. Thanks to the sterotype (cheap) I can withold tips, underpay people and be a complete jackass and get away with it and not be branded a scrooge.

My cleaning lady left a gift two weeks ago, which I think means she's not coming tomorrow. I guess that means I'll have to rustle up a card and send her bonus money before the end of the week.

All you have is the gardening crew and the cleaning person: in my town, in my apartment building, we get a note from the staff wishing us a happy holiday, with all of their names and roles included (from doorman to part-time porter). This runs about 10 people who prefer cash in the envelopes all the banks offer for that very purpose.

These people, however, make my life run more easily all year long, unlike most of the service people I encounter on an irregular basis, or the relatives whom I may see once a year.

This is the most clear demonstration -- perhaps the only working one -- of trickle-down economics that we have in our lives.

It's Christmas: now is the time for all good capitalists to come to the aid of those lower down the econmic ladder.

Alice, You're right. It is probably the only example of trickle-down economics and no one is going to get rich from it, at least not the people who help me.

Hector, you just lay it on the line.

Janet, I would most certainly take that as a sign she was not going to show up until the New Year.

Q, I am sure your heating bills surpass my gardening bills by a wide margin.

Larry David had a great bit on this a couple of seasons ago.

It could be worse. It could be The Constant Gardener, just like the movie says. Imagine how much that guy charges? I know it's not what the movie is about but the title cracks me up everytime.

Janet, when I used to have time to do it myself I certainly felt like the Constant Gardener