For some reason, a lot of people seem to be looking for parodies of Edward Hopper's famous painting, "Nighthawks." And somehow, we've become the go-to location of choice for such materials.

Once again, the original: 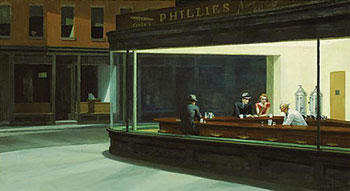 So as part of the great responsibility that comes with such power, I have five more parodies to share with you.

First, a little Lego (for you Legomaniacs out there): 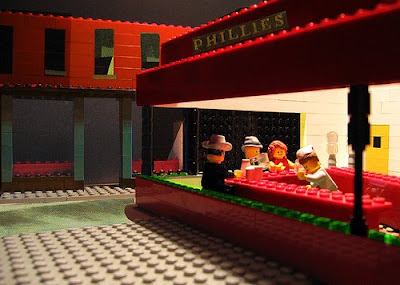 This is from an issue of "Bongo's Futurama Comics," another Matt Groening endeavor: 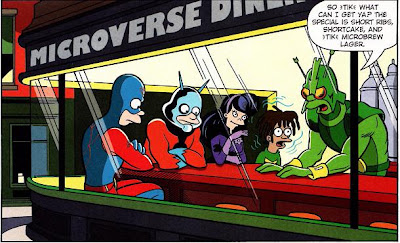 Nighthawks in space? Why not? This is a piece created by a guy who goes by the handle "epicpics": 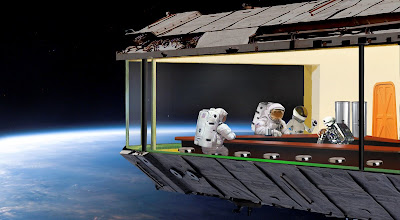 What collection of parodies of anything would be complete without the Simpsons? This is yet ANOTHER still from a Simpsons episode which parodied "Nighthawks"; in this case, the episode titled "Homer Versus the 18th Amendment": 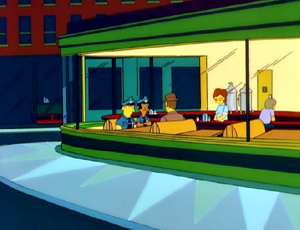 Last, a photo showing a shot from Wim Wenders' film "The End of Violence," in which he recreated the famous painting:

Need more? Here's the first batch and the second batch.

That's funny, Google is odd isn't it? I am the go to person for blogging about lepufology. The study of rabbit-related ufo encounters.