Bands, Singers and Songs that Influenced My Musical Preferences

Music should come crashing out of your speakers and grab you, and the lyrics should challenge whatever preconceived notions that listener has.
Lou Reed (1942-2013), singer, song writer

It’s either high school or college where the songs you hear are the ones that stick with you through life, generally. I say that, but I still have fond memories of songs that give me that  from an earlier period. I can recall running around our old neighbor waiting to hear The Beatles "Yellow Submarine" on the radio. The station was AM KHJ 93, boss radio. But, I was not a Beatles fan early on. I preferred The Monkees.
I liked The Monkees well beyond the years I should have. Micky Dolenz was my favorite.  I recall being teased when I left my neighborhood buds to go home to watch The Monkees Monday at 7:30 p.m. on NBC. I would come back outside once the show was over to scorn and ridicule, but I was full of confidence for no reason and it didn’t bother me.
Eventually it was through these same friends that I discovered Jimi Hendrix, Frank Zappa and The Mothers of Invention. "WPLJ" (Wine Poured Lemon Juice) was an early favorite. This was around the 8th grade. We’d listen to "Fat Man" by Jethro Tull and sing it to one of the over weight kids in our hood.
By high school, I was a fanatical Rolling Stones fan. It happened gradually. In 1971, I purchased Sticky Fingers and listened it to over and over. I had my parents old beige Hi Fi (short for high fidelity, not to be confused with Wi Fi). By the time Exile on Main Street came out, the Hi Fi was passed its prime and I needed a new record player to play Exile on. The album would skip around. The only song I could hear all the way through was "Hip Shake." I helped an uncle who was driving a moving van and earned $30. I immediately went to Kmart and purchased a stereo that would play Exile.
Over the years, my bedroom décor evolved from motorcycle pictures and black-light posters of Dennis the Menace flipping off the world, a pull-top chain that circled my room, to a shrine to the Stones. However, there was a large poster from the cover of David Bowie’s Diamond Dogs that was allowed on my Stones wall, which my parents disliked. Just thinking about Diamond Dogs brings back a flood of high school memories.

The Monkees – "I’m a Believer"  written by Neil Diamond and recorded by The Monkees in 1966 may have been my first rock and roll record. Micky Dolenz was the lead singer as he was for most of their songs. I sat in front of my grandparents’ stereo and listened to it over and over while staring at the cover wishing I could meet them. My grandparents were obviously very patient with me. It has a very cool organ opening and an easy chorus to sing along with. I had no idea what the song was about, thinking it might have been about fairy tales. I was ultimately right since the song was used in the movie Shrek. Some of my favorite songs included: "Pleasant Valley Sunday," "She," "Mary Mary," "Words," and "Going Down." 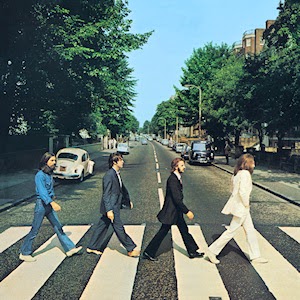 The Beatles – After The Monkees I gravitated to the fab four. The first album I owned was Meet the Beatles that my father purchased for me because he thought The Monkees were silly. What did he know? Oh how I wished I still had that Beatles album that he got for me. I have since replaced it with another original. The first real album that I requested was Abby Road, which I received as a birthday present from my grandparents. I was in the 7th grade and I liked "Octopus’ Garden" and "Maxwell’s Silver Hammer."
The Rolling Stones – The Beatles broke up, so naturally off to the Stones. Sticky Fingers was the most current at the time. "Brown Sugar" and "Dead Flowers" were my initial favorites, but soon I grew to love the whole album. Of course the whole concept about sticky fingers or why there was a zipper and a man in his underwear was lost on me. Get Yer Ya Ya’s out,  The Rolling Stones live album featured the best version of Jumping Jack Flash, which I would play to get myself pumped up for our park and recreation basketball team. Eventually, every song became a favorite.
Leon Russell & The Shelter People / Cat Stevens' Tea for the Tillerman – I have to group these two together because at a family gathering, a third or fourth cousin brought a date who worked for Rolling Stone Magazine. I must have talked to her about music and she sent me these two albums along with the current issue of Rolling Stone that had the first part of Hunter Thompson’s Fear and Loathing in Las Vegas article. I gravitated to Leon Russell. I loved his raspy voice. I started my snooty taste in music at this point. If you didn’t know who Leon Russell was or didn’t like his music, we had nothing to talk about. I liked a few songs on Tea for the Tillerman and eventually in high school the song "Wild World" reminded me of my first love when we broke up the first time.
David Bowie – Space Oddity was a record I borrowed from a friend. I put inside my notebook, so no one would think I was too weird. I played the album while shooting hoops in my room (you know, one of those foam balls and plastic hoop). I was now a David Bowie fan.

Frank Zappa – Over Nite Sensation was a wonderful album
with a great cover. You simply were not cool unless you liked Zappa. In science class the teacher would let us bring in albums to play during class when we were dissecting frogs or whatever. I brought in Frank Zappa and The Mothers’ Just Another Band From LA, which featured "Billy the Mountain." Some of my classmates were offended by the ending chorus of "Billy the Mountain" – You don’t fuck around with a mountain. The teacher not wanting to make a big deal out of it let it play on.

Joe Cocker, Mad Dogs & Englishmen – I listened to this one over and over and still listen to it when I play ping pong with my buddy. I discovered Joe Cocker through Leon Russell. Some of my favorites included: "Delta Lady," "She Came in Through the Bathroom Window," "Feeling Alright," and "Cry Me a River." They have released a deluxe CD featuring more of the songs from that tour. It makes an already great album that much better. I recall around this time in the early '70s that another friend and I walked to the local theater to see the double bill of Joe Cocker, Mad Dogs & Englishmen with The Rolling Stones’ film Gimme Shelter.
The Kinks – I saw them at CSUN, again at Irvine, and
Universal. They were a fun band and I enjoyed most of their songs. When a friend first said he was now into the Kinks back in ’75, I said, yeah right and I am listening to Herman’s Hermits. The Kinks made a come back with this Soap Opera. Some of those songs still resonate today such as "Rush Hour Blues," "Nine to Five," and "Have Another Drink." I was barely working back in those days and they still meant something to me. I suspect that is where I eventually picked up my appreciation for good lyrics. 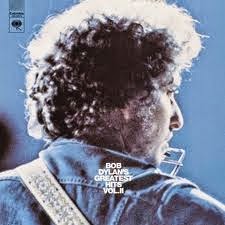 Bob Dylan – I knew of him, but never listened much to him. Once I broke up with my first love, I found the lyrics "Positively Fourth Street"  resonated. Then, "Don’t Think Twice," and pieces of "Just Like a Woman" all made sense to me. Dylan became a very important artist to me.

Tom Waits – Continuing my appreciation for raspy voices and solid lyrics, Tom Waits fit the bill. I also think my snobbishness played a bit of role here. I detested much of what radio played especially when it came to Boston, Rush, Kansas, and the like. I remember playing his song "Better Off Without a Wife" numerous times before I was married to daughter’s mother. There is a lesson learned (or not learned) in there somewhere.
Elvis Costello – This guys lyrics always good. "Watching the
Detectives" was the first song I recall liking, but over the years his words grew even more biting and to the point. An old favorite was "This is Hell," which was how I was feeling about my home life in late ‘94.

Frank Sinatra – He came into play during college. A friend called up excited that I had to listen to "New York, New York." Sinatra warrants his own essay, which I will do eventually. Sinatra was my gateway to jazz. I loved my discoveries of various Sinatra songs.

Posted by The Misanthrope at 4:49 PM