"In the United States today, we have more than our share of the nattering nabobs of negativism."
Spiro Agnew (1918–96), vice president under Richard Nixon


Here are a list of questions from Maureen Dowd column in today's NYTimes, she suggested that ABC's Charlie Gibson should ask the potential vice president who is skating passed the media because they are afraid of being called out by the right wing. Richard Nixon and Spiro Agnew started that ploy with Agnew's famous quote, see above. And it continues to work today, hell even Hillary Clinton used it.

What kind of budget-cutter makes a show of getting rid of the state plane, then turns around and bills taxpayers for the travel of her husband and kids between Juneau and Wasilla and sticks the state with a per-diem tab to stay in her own home?

What kind of fiscal conservative raises taxes and increases budgets in both her jobs — as mayor and as governor?

When the phone rings at 3 a.m., will she call the Wasilla Assembly of God congregation and ask them to pray on a response, as she asked them to pray for a natural gas pipeline?

Does she really think Adam, Eve, Satan and the dinosaurs mingled on the earth 5,000 years ago? 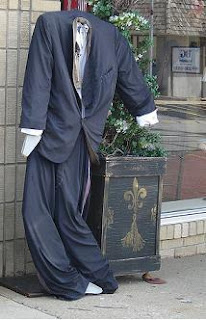 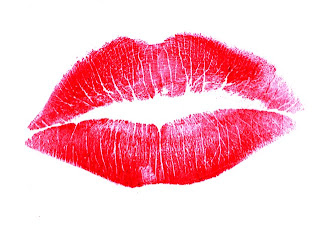 Why put out a press release about her teenage daughter’s pregnancy and then spend the next few days attacking the press for covering that press release?

As Troopergate unfolds here — an inquiry into whether Palin inappropriately fired the commissioner of public safety for refusing to fire her ex-brother-in-law — it raises this question: Who else is on her enemies list and what might she do with the F.B.I.?

Does she want a federal ban on trans fat in restaurants and a ban on abortion and Harry Potter? And which books exactly would have landed on the literature bonfire if she had had her way with that Wasilla librarian?

Just how is it that Fannie and Freddie have cost taxpayers money (since they haven’t yet)?

Does she talk in tongues or just eat caribou tongues?

What does she have against polar bears?
Posted by The Misanthrope at 6:00 AM

You mentioned Fannie and Freddie, but not the HUGE payouts their execs will be getting... while pensions go missing.

Sarah Palin is a frightening menace. I don't think I could cope with four more years of right wing hatred and ignorance; evolution a myth? PUHLEEZE. Could she be any more firmly planted in the Dark Ages?