Life’s an awfully lonesome affair. … You come into the world alone and you go out of the world alone yet it seems to me you are more alone while living than even going and coming.
Emily Carr (1871–1945), Canadian artist

Quotidian. Nothing new, nothing exciting all is quiet this week. The air 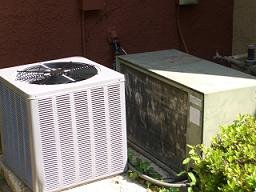 conditioning system is working, but I have had no need to use it, which is always the case, right. Management also fixed the fireplace, which I also don’t need at this point. I firmly believe that carrying on and not accepting that status quo results in action. Note my new air conditioning unit compared to the people below me. I also suspect that my electric bill will be less because the units are more efficient these days.

Plays. Watched an excellent play this week with my playwriting colleague from work (PCFW). We saw “The Trials and Tribulations of Trailer Trash Housewife” Zephyr Theatre at 7456 Melrose Ave., L.A. From the theater’s press release: The play explores the hidden emotions, shame, and secrecy battered women face, while also offering hope, healing, and truth. A delicate blend of frightened humor and pain, it delves right into the heart of abuse. In just a mere two hours audiences will journey into a world that could fill a lifetime. Explosive one-sided arguments erupt and build, until one disastrous night it all goes too far and the lives of those in the trailer park will never be the same.

Soccer. I watched the World Cup Saturday afternoon. I enjoyed the game between Argentina and Ivory Coast. Soccer is a wonderful sport. I don’t buy the idea that American are not interested in it. I believe that our newspapers and television media do not cover it as they do other local sports.

Self Portrait. While taking a snap shot of my exciting new air conditioning unit (you can tell how exciting my weekend is), I decided it was time that you had a vision what The Misanthrope looked like, trust me your imagination is to my advantage.

Elvis Costello. His newest CD, which it seems that I just wrote about not too long ago was a jazzy set of songs titled “My Flame Burns Blue.” The even newer CD that came out this past week is called “The River in Reverse” with Allen Toussaint is another wonderful CD, which I recommend.

Dinner for one. Saturday tonight, I had a barbeque boneless chicken breast. I will accompanied it with corn on the cob, half a twice-baked potato, a seafood salad and baked beans. All accompanied with a white wine. I read a bit, watched the Dodger and the Angels a bit, watch a movie (see below), and called it a night. Not too exciting, but I needed the rest.

Wedding Crashers. This was a blockbuster movie? I thought it would never end. Ok, granted I watched the uncorked version. After the three main stars, I only knew Henry Gibson. I'm not even sure B2 will remember Henry Gibson. This movie only gets two stars on my Netflix rating.
Posted by The Misanthrope at 7:45 AM

I need to get me a mysterious image. I wish I knew how to photo inofrmant style like I see on the news.

See I really liked The Wedding Crashes, but then again, this is coming from a girl who just purchased a "Mess With the Bull You Get the Horns" Breakfast Club inspired t shirt.:)

That wouldn't be Laugh-In's Henry Gibson, would it? These days the powers-that-be probably wouldn't let the show air at all.

Alice, you are right. Laugh-In, which was probably before most of the blog readers time. And, you are probably right that a show like that could not air today. I am sure some right wing organization would start a letter writing campaign.