Oh sleep, thou art a gentle thing
Beloved from pole to pole!
To Mary Queen, the praise be given,
She sent the gentle sleep from Heaven,
That slide into my soul
Coleridge (1772 – 1834) poet, “The Rime of the Ancient Mariner” written in 1797 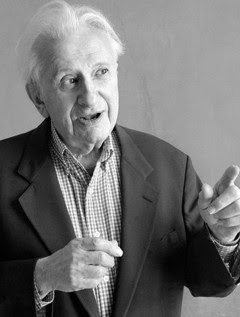 I was saddened to hear that Studs Terkel passed away. Any journalist or wannabe journalist should know Terkel. His interview style allowed the subject to tell the story without the intrusion or interruption by the writer or interviewer. I wonder today if anyone is still interested in journalism and if so have they read Terkel?

I vividly remember a passage from his book the “Good War” when a U.S. soldier was wounded, but he had killed the German soldier who lay dead with blood dripping – it was described far more graphically – and the soldier noticed that the enemy had his shoes on the wrong feet.
Terkel wrote several books and I pulled out his book “Will the Circle be Unbroken? Reflections on Death, Rebirth, and Hunger for a Faith,” which was suggested by Gore Vidal many years before he actually wrote it. As he started working on the book his wife of 60 years passed away, which makes the book even more poignant.

I loved this piece from the LATimes obituary:
When officials from Rutgers University knocked on Terke's door in May 2007 to present him with the Stephen E. Ambrose Oral History Award, they could hear furious typing inside, [he was 95].

I hope that will be the case with me too, but I suspect it will most likely be subpoena servers for my blogging.

The verse from the poem above was the words that allowed a child Terkel to find comfort to sleep, and I think a nice send off for a writer who listened to the proletariat.

For a professional obit see the NYTimes' profile.
Posted by The Misanthrope at 7:18 AM

On the Mark says: Thanks for writing this post. He was a god. Every journalism student in school today and forever should be required to read at least two of his books.