Let it Bleed or Exile on Main Street

“I've never had a problem with drugs. I've had problems with the police.”
Keith Richards, Rolling Stone 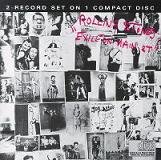 I am trying to write everyday, but I didn’t get a chance to read the newspapers yesterday, so I really have nothing to say, but there was the Rolling Stone magazine in my mailbox.

The story that caught my eye was the one about the Rolling Stones during the making of Exile on Main Street. 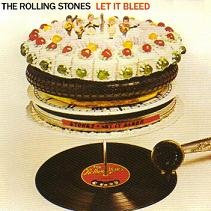 I am truly amazed that they could sustain their musical ability while taking so many drugs, dealing with sycophants, dozens of women and who knows what else. Somewhere in there you have to have enough discipline to rehearse and record. They did and they created what many consider their masterpiece. I don’t. I consider Let it Bleed with “Gimme Shelter,” “Midnight Rambler,” and “Live with Me,” to be a bit better.

Let me know which you prefer "Exile" or "Let it Bleed."
Posted by The Misanthrope at 12:01 AM