More than a Simple Twist of Fate

… Everything from toy guns that spark
To flesh-colored Christs that glow in the dark
It’s easy to see without looking too far
That not much is really sacred.
Bob Dylan, singer, songwriter

What’s the big deal about Bob Dylan using a phase here or a line there from some poet? The words are his most of the time. The New York Times ran the story yesterday about Dylan borrowing lines from Henry Timrod, sometimes known as the poet laureate of the Confederacy, for his new CD “Modern Times.” On his last CD, “Love and Theft,” a fan spotted about a dozen passages similar to lines from “Confessions of a Yakuza,” a gangster novel written by Junichi Saga, an obscure Japanese writer (this sentence was copied verbatim from the NYTimes article, well I changed the word album to CD). 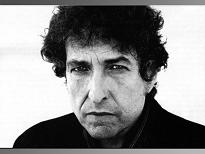 These words are not just blowing around in the wind, Dylan has done some research to find these little known or forgotten writers and poets. The good news about Dylan’s use lines from other writers is that he brings them fame they most likely would not have received otherwise.

I wouldn’t think twice about being inspired to use words from another, it’s all right. I am not talking about plagiarism, more along the lines of using a phrase created by another and still creating an entirely different and new piece. Plato pointed out that the tragic poet is an imitator who is thrice removed the king and from the truth. Okay, so Plato was talking about imitation as it relates to the world, but every now and then, I have to get some use from my college texts.

Dylan is probably not entirely used to Google as a research tool or maybe he is and just assumes someone won’t uncover the source of his unoriginal lines, but the times they are a changin’. It would have been nice for Dylan to say inspired by Henry Timrod or Junichi Saga, but his ego or his attorneys advised against it. Now he needs shelter from the storm.

highlighted words are Dylan song titles, sort of.
Posted by The Misanthrope at 12:55 AM

I agree with your premise, and we've certainly discussed this many times, but it does take a little shine off of Dylan as the great poet.