What Are We Fighting For?

These photos were taken two years ago on my visit to Washington, D.C.

During those two years the Iraq war has progressed from bad to worse with soldier and civilian deaths continuing at unacceptable levels. Private security guards such as Blackwater have increased under the Bush gang’s ongoing quest to outsource and bankrupt the government. 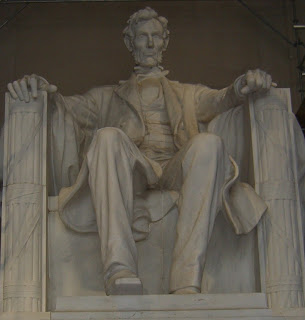 When looking at those photos again, I thought had sad and embarrassed our founding fathers would be of both our leaders and the citizenry for allowing this to happen. 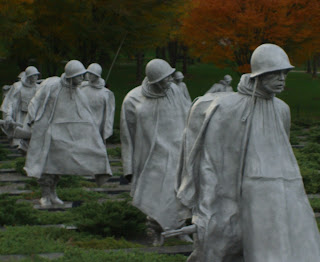 See Frank Rich's Sunday column
Posted by The Misanthrope at 5:25 AM

On the Mark says: I was shocked to see the LA Times editorial (yesterday or Sunday) that stated that the surge has worked.

The LATimes has gotten very conservative despite what the right wing nut jobs believe. The only reason they can have to suggest the surge has worked is that the country is now segrated. The U.S. has done far more damage in the Middle East with this war than if we kept a tight leash on Sadam.