Cannabis and a Bottle of Cream, Please

"Marijuana gives rise to insanity -- not in its users but in the policies directed against it. A nation that sentences the possessor of a single joint to life imprisonment without parole but sets a murderer free after perhaps six years is in the grips of a deep psychosis."
Eric Schlosser, author

When I was a youngster when had a milkman (there was no iceman, I am not that old) who would deliver our bottles of milk, he even ran over my tricycle (I don’t recall being traumatized, but maybe the scars have shown up different ways, I suppose it’s all my mother’s fault).

Anyway, the point of this post is that in London, Milkman Robert Holding, 72, delivered marijuana as he made his daily rounds in the town of Burnely, in northwestern England (our milkman didn't at least that I am aware of, maybe he smoked it, which is why he crushed my tricycle). He decided to provide pot to his customers. They would leave their requests for butter, cream, and cannabis. He wasn’t supplying it to the young and hip crowd, no this was for the elderly customers who were suffering from the effects of old age. 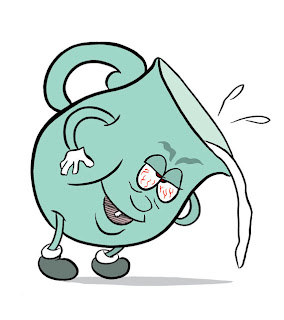 According to the BBC report, "He said that customers left him notes saying, for example, 'Can I have an ounce this week or can I have an eighth?'."

He said his oldest client was 92 and added: "Word had got out that he was a man who could supply cannabis to those of a certain age with aches and pains and he misguidedly believed he was providing a public service."

Holding pleaded guilty to supplying the drug and was given suspended jail sentence of 36 months.

Great now what are his elderly customers going to do about the pain?
Posted by The Misanthrope at 7:10 AM

That really is a special delivery. ;)

Opposition to medical marijuana is so senseless and cruel.

Ibhom, I would add greed by pharmaceutical companies.