“There was also evidence of misbehavior backstage, ... Stubbed-out joints, copies of Jack Kerouac, a copy of Ulysses in the detritus of the dressing room.”
Dick Cavett, writer, former television talk show host 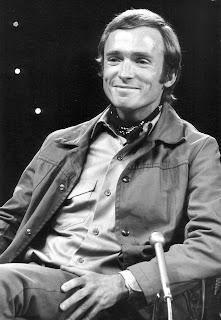 More likely than not, you love reading and writing or you probably would not be poking around here, well, unless you are into all the other crap we post, but in this case I hope to enlighten you by highly recommending a column my Dick Cavett.

Cavett, who frequently writes an online opinion piece "Talk Show" for the NYTimes, has one today that features John Updike and John Cheever when they were both on his talk show. It is worth reading and watching the video clips.
Posted by The Misanthrope at 7:21 AM