There are issues with stuff toys scattered about the house, splintered chew sticks, a dog bed in the living room, towels laying around to cover the couch when wife has to have the pet nearby.

Dogs smell like dogs and that is suppose to excuse the stale, pungent stench that hovers over the pint-sized beast like the dirt cloud that follows Charlie Brown’s buddy Pigpen? 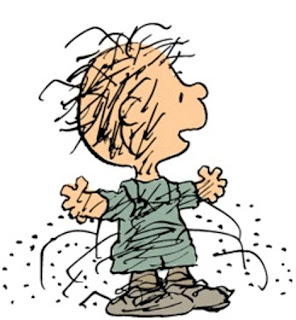 Nonetheless, I am slowly finding an appreciation for the furry-headed pet with the protruding under bite. Maybe it’s because of teasing and playfully tormenting him brings me a bit of pleasure. He is certainly not a brave dog. If I crinkle the newspaper or a plastic bag from the grocery store and go after him, he starts tearing 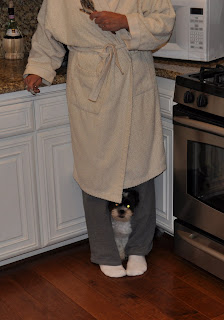 around the house until he eventually races into my bedroom scrambling under the bed or hides behind wife's legs. Watching him start off on the wood floors is like a cartoon, his little legs are moving, but for a moment there is no traction.

The thought of making him overly skittish is not a worry as he wags his tail and barks encouragement to keep it up, so we start anew until I tire out. 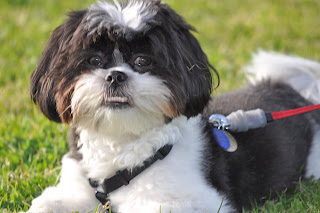