Happiness, n. An agreeable sensation arising from contemplating the misery of another.
Ambrose Bierce (1842-1914), writer, quote from “The Devil’s Dictionary”

A couple of weeks ago I found a commencement speech by David Foster Wallace from a few years back and it seemed to carry universal truths (also, I added the slashes next to freedom and inserted happiness). The New York Times has on its list of most e-mailed articles, “The Joy of Less” by Pico Iyer that I have included a couple of paragraphs from, but I encourage you to read it all. I also pulled out my book on “Happiness, A History” by Darrin M. McMahon and added a couple of additional thoughts. finally I have taken their paragraphs broke them up and included bullet points for easier blog reading. 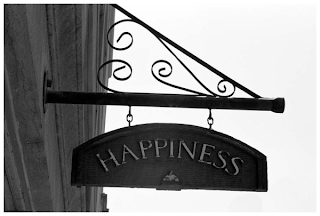 From Wallace:
From Iyer:
From McMahon: