“A man in my position can’t afford to look ridiculous.”
Jack Woltz, Hollywood mogul in “The Godfather”

Blogging. Toner Mishap is reminding me of the Johnny Cash song “Ring of Fire”, because the numbers are dying, crashing is more like it. I am going down, down, and the flames are growing higher. I feel a bit like the boxer who gets back in the right after retiring. He should have stayed retired. (Don’t worry mom, I am going to keep doing this a bit longer.) My mother, who I thought gave up 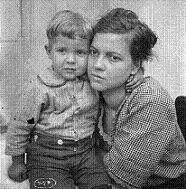 reading Toner Mishap since we were writing only when the mood struck, informed me she was delighted to see I was posting again. When I asked how she knew, she said that she checked every morning as part of her routine. I did not intend to tell her because I feel a bit self censored, but I suppose I shouldn’t feel that way. I think I blogged about this last year, I was talking to my mother on my cell phone when I was cut off getting onto the freeway and I let fly a string of expletive deleted words that only Dick Cheney would only use when talking to Democratic senators, then I realized my mother was still on the phone, oops.

The Rolling Stones. The Chinese government is taking a cue from CBS or whatever network aired the Superbowl and they are censoring five Rolling Stones songs including "Brown Sugar," "Honky Tonk Woman," "Beast of Burden," and "Let's Spend the Night Together” and the new song “Rough Justice.” Hmmm, obviously the Chinese authorities are not familiar with the Stones’ catalog, so if Mick Jagger were truly rebellious and not just into his faux rebellion nonsense, I would recommend that he play: “Star Star,” “Some Girls,” “Bitch,” “Rocks Off,” and “Sparks will Fly.” But, it’s only about money for Mick and the guys.

Jazz. On the Mark and I went to the Cerritos Center for the Performing Arts last night to see the jazz legend Sonny Rollins. Stupendous. Rollins' playing conveyed his love of the music and his extraordinary talent. He is 76 years old and he was on stage with his saxophone for a solid two hours without sitting. Joshua Redman’s show at Catalina’s Jazz Club earlier this year was amazing, but Rollins took the jazz to another level altogether.

Stones Update. Maybe I am too hard on Jagger. According to the New York Times, the sold-out performance brought together cosmopolitan Shanghai at its richest, in more senses than one. With the cheapest seats going for about $40 — and most priced at 5 to 10 times more, well above monthly salaries for most people here — the cost ensured that well-heeled foreigners dominated the crowd.

Mick Jagger, the group's lead singer, acknowledged as much himself in a news conference the day before with a comment meant to address two of the most delicate issues surrounding the event, the heavily foreign audience and the restricted song list.

"I am pleased the Ministry of Culture is protecting the morals of expatriate bankers and their girlfriends," Mr. Jagger said, adding that he had 400 other songs to choose from, so "it doesn't really matter."

A popular blogger here (in Shanghai), Wang Xiaofeng, is typical of the group for whom the Stones are a relic of another era. "For most Chinese rock 'n' roll fans, the Rolling Stones are not even as attractive as a domestic pop singer, or the Super Girl contestants," referring to a television show that resembled American Idol. "In the eyes of fans, the Rolling Stones have more meaning as a rock 'n' roll symbol than as a kind of music. They are as unfamiliar as they are familiar."
(note: the mother and son picture at the top is not Mother Misanthrope and son, it's an old depression era photo.)
Posted by The Misanthrope at 12:19 AM

Oh, don't quit. It's just that we all have you on RSS feed now, so you can't tell people are reading.

In other news, I'll be moving to Oxnard this summer (shh). We should have lunch or something, no?

The Stones wouldn't of played in China 20 years ago if they were censored..so it must be all about the money now.

GEE,I just find you and you want to quit blogging? your making me very sad :( RSS feeds are nice but I still like to comment when something really sparks my interest.

I'm sure you didn't say anything on the freeway that your mother hasn't already heard -- she's a big girl. My mom -- she of the once perfect grammar -- uses the word 'fuck' more often than I do.

And since you don't discuss your family the way I do mine, I wouldn't worry about your mom's reading your blog.

No, no, I am not stopping. I mentioned to On the Mark as we were stuck in traffic that I was going to continue no matter the numbers.

Dr.B that is awesome!

Dusty, I have this love hate relationship with the Stones. I love their music, but I hate the business greedy side of Jagger.

Alice, you're absolulely right. I think she heard me talking to Daughter's mother once and that was at least as bad.

I'm pleased to hear your report on the Sonny Rollins concert. I'm a fan, but when I heard him last summer I was seriously disappointed. A friend told me that Rollins is known to be that way — brilliant one show and indifferent the next. At age 76, touring has got to be a tough slog.

Re the Stones' commercialism: my favourite band is the Who, and I feel the same way about them. Great tunes, and Townshend's guitar playing has only gotten better in the last twenty years (though Daltrey's voice is shot). But man, have they milked their catalogue to death! And now they sell their songs for commercials, which is hard to stomach. Like Townshend needs the money!

Q, then we were very lucky. After the show, I felt like we saw a piece of history from a jazz giant. He was so into it last night he was walking all over the stage and he played a solo at one point for what we guess to be 20 minutes.

The audience was into it as well right from the moment he came out to the standing ovation at the end until he came back out for an encore.

Keep on writing and the ship will right itself.