Where does all the free time go? – On my own it seems as if there is very little

free time. My book reading has dropped considerably, and as you have seen the blog writing goes on for a couple of days and then as the week kicks in wham’o no time to get anything done. I am taking this week off to do nothing, but try and recharge. Thank you boss!

Friends with money – Daughter and I saw the movie “Friends with Money” it was not bad, a bit on the depressing side, but good. Driving home we were singing to a Mick Jagger solo song “I’ve Been Lonely for so Long,” which she used to come out into the garage while I was exercising to dance to that song. I was thinking while we were singing so horribly off key (more her than me); the Stones have always supplied the soundtrack to my growing up and now growing old years, so it makes sense to have them played at my memorial. I told daughter that I wanted “Paint it Black” played. She, naturally was not thinking any such thing. Her thoughts were I wonder what song I’ll dance with my dad at my wedding someday. I suggested “Sympathy for the Devil,” just to send all the church hypocrites her mother will invite home with something to pray about.

Confession Time – I guess when I feel down I like to watch romantic comedies. The first movie I watched when I moved into my place was “Must Love Dogs,” which I liked. On the Mark thought I was nuts. So, this weekend I purchased “Harry Met Sally,” and “Annie Hall.” Since I am feeling rather blue tonight, I am thinking of going into the living room and watching Woody and Diane from 1977. When that movie came out, I really felt as thought it captured my life at that point. I also purchased John Wayne’s “Rio Lobo,” “As Good at it Gets,” “Casablanca” and “Something’s Gotta Give.” This is a person who normally does not buy DVDs because I don’t really watch them more than once, except for the Godfathers. So, this week I hope to watch my movies and read a couple of books.

iPod – I finally broke down and purchased an iPod. So far, I am not thrilled as I am going on day two of loading music. I got it because, I am going to join a new gym and I figured that I had to update from my cassette recorder. I’ll keep you posted on my iPod experience.

Theater Critic – I suppose it’s not a good thing that I am not a theater critic since the LATimes blasted Salome in yesterday’s paper. I loved it so much I went to see it twice. 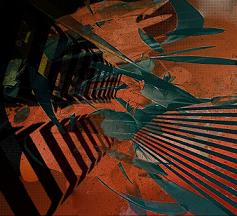 Posted by The Misanthrope at 12:02 PM

A vacation? you lucky devil :P enjoy yourself..before it gets too hot and smoggy.

I loved the Stones and was not a big Beatles fan until later on in my life.Love your rationale on the funeral music.

You picked some very good movies I dare say!

Did you buy the big Ipod or the smalle shuffle? I have the shuffle and I love that little thing. It fits into a jean pocket and now I never play CD's in my car because I love that I can put 7 hours of music on that lil guy. If you have the big one..loading it is probably a pain, but it will be worth it when you have the freedom to choose from tons and tons of songs.If you have problems, email me :)

To me, art of any type is an individual experience. Reviewers can give us their opinions and a synopsis of the movie. I usually just go with my gut or a friends review. I have loved many things that reviewers panned..Art is in the eye of the beholder,as they are fond of saying.

My favorite childrens book has always been Winnie the Pooh and all those wonderful characters :)

Thanks Dusty, I may e-mail you, but so far it's going smoothly, if not slowly. I purchased the 30GB and I should have gotten the larger one, but I don't need every song I own on it. My next step, someday when I finish loading music will be to make play lists. I also want to save room for Podcasts of the news.

You know what you need mama? A 160 GB external hard drive from CompUSA. Make you mad with power!

You exercised to just one song? That's a quick work out. Even Uriah Heep's songs don't go past ten minutes. (joke)

I hear you. I have no idea where my free time has gone.

my wife brought home "Must Love Dogs," and I thought it was pretty good. big cusack fan, so i can handle a chick flick with him in it.

I still have not purchased an Ipod. I may be the last person on the planet without one.

Playlists are the thing w/the large ones Misanthrope..I like the little one because frankly, I am never going to listen to more than 7 hours of music at one time and its not hard to change up the music when I do finally listen to it and get tired of it. I just consider my lil Ipod shuffle as my greatest hits holder..

Must love dogs is a great movie..even if it IS a chick flick:P

One of the good things about being a teacher is having summers to catch up on reading. It's a solid, two months to try to fit in a year's worth of reading material.:)

Sympathy for the Devil is one of the best songs in the Universe. Ever see Rock n Roll Circus?? Look out for that one in your local video store if the have it..

I'm going to give my relatives something to pray about when I go, I'll tell you. ;-)

I listen to movie critics, then go see what they don't like. It usually works out.

Chandira, I watched Rock N Roll Circus and was impressed more by John Lennon than the Stones, which is what Jagger knew and why he would not release the tape until all these years later.