Man does not only sell commodities, he sells himself and feels himself to be a commodity.
Erich Fromm (1900 - 1980) psychoanalyst and philosopher

New Rules. If the Los Angeles Times is going to run an editorial page commentary by Bill Maher (it does about once a quarter and on the same day his 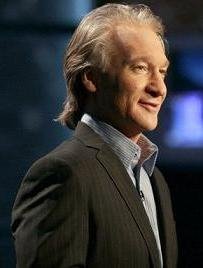 show airs), let’s call it what it is – a preview of either the monolog or his commentary to end the show. I don’t begrudge Maher for getting a bit of PR for his show as well as receiving a couple of hundred dollars for the written piece, but I do fault the Times for rapidly losing its standing as a world-class newspaper. One day this week, the paper covered a private party as a news item because former presidential front runner Gary Hart was a dinner guest plugging his latest book.

I am going to have a dinner party with a few smart people and we’re going to discuss and no doubt come up with solutions for most the world’s ills. Which reporter are you sending? Hell, they don’t have to come the party for solutions, just read some of the blogs on the blogroll list.

A tip of the hat to On the Mark for the idea.
Posted by The Misanthrope at 12:30 PM

Well, in LA it IS all about promoting oneself..the Times just goes w/the flow. I subscribe to the online version. I will have to start looking for Maher's editorial so I know what to expect that night, since it sounds like its really a commerical for his show.