Californication by the Banks and Government

From his cradle to his grave a man never does a single thing which has any FIRST AND FOREMOST object but one—to secure peace of mind, spiritual comfort, for HIMSELF.
Mark Twain (1835–1910), writer

Californication is without a doubt the best show on television. Last night was the season finale and the ending was completely unexpected. 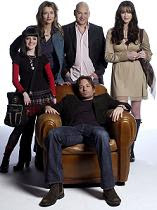 I love this show. Weeds has gone a bit over the top and not nearly as good as it was the first season.

This is not the post I intended to write tonight, but the show was fantastic.

What I planned to write about were the banks and the insurance companies that took out ads in the Sunday Los Angeles Times pretending that they were offering something above and beyond for the victims of the fires in Southern California last week.

Those companies were showing their shameless, greedy pandering during a time of true suffering for many families. Oh, they have waved their ATM fees, a fee that is unnecessary and does not cost the bank companies anything. Their help is akin to airlines offering free seats on a flight that is not 100 percent booked.

The banks could do more. They could offer some real help instead of pandering at the expense of suffering families for public relations.

What could the banks do? How about for starters offer the families who lost their homes discounted loans along the lines of what they give to their employees or better yet their executives.

To the banks, insurance companies, the U.S. Vice President and the carpetbaggers preying on the misfortune of others -- in the words of our esteemed vice president, who showed his callousness for those who suffer by sleeping -- "Go fuck yourself."

Email ThisBlogThis!Share to TwitterShare to FacebookShare to Pinterest
Labels: californication from banks and government

On the Mark says: I had a hard time getting into this show, but I really didn't make a lot of effort either. But I think Brotherhood is the best show on television right now (of course, Brotherhood and Curb Your Enthusiasm are the only shows I'm watching).

I watched the first two shows of Cali and wasn't really sucked in.

Kudos to the rest of the post. I have nothing to add..you summed it up quite well :)

I'm with on the mark here. I tried, but gave up on it. Best shows on television? Battlestar and The Wire. Ok, so neither is on right now, but they're both coming back in 08. 08 is going to be a good year.

All, hmmm, I thought Californication was shoe-in as a great show. I guess my taste, as if I needed any additional proof does not always fit with most. Case in point, I was a Monkees fan when other friends were already into Jimi Hendrix. It just takes me a while.

I liked the Monkees too..but I was younger than most of my counterparts that were into Jimi.

On the Mark says: You know, I couldn't figure out the Monkees back then. I remember that I wondered if they were really doing a parody of all the popular bands at the time, and then they realized they could make a few bucks with their tunes and so carried on as a legitimate band.