I was reading the obituary for John Gardner, a prolific British thriller writer who wrote more novels about Bond — James Bond — than Ian Fleming did, died on Aug. 3 after collapsing near his home in Basingstoke, England, but it was not carried in the New York Times until August 29. He was 80.

But the last paragraph caught my eye:

Also surviving is Mr. Gardner’s fiancée, Patricia Mountford, an old flame who was moved to get in touch with him after many years when she discovered he had borrowed her surname for the heroine of his most recent books.

This brings me to the question, do you ever forget an old girlfriend or boyfriend and do you want to connect with them again to see how they are doing after all those years? 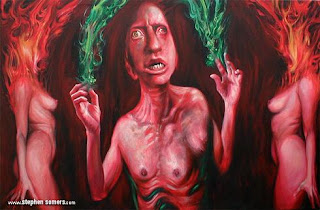 I know I do. However, I would prefer to learn about them without meeting them. Let them remember, if they do, as I was, not as I am. Granted, I think I am a better person today, but don’t want them to see how I have aged – whether it is well or not is irrelevant.
Posted by The Misanthrope at 6:18 AM

I have some curiosity about a few people.

Since I still see both the boy and the girl with whom I first fell in love, I can see just how we're aging, and how the decades are leaving their marks. Others since along the way? If I cared, I would probably know.

Jack, I think I am in the same category. I just want to see how she has aged.

Alice, I love your honesty. The posts about your life are great.

first of all, thanks misanthrope for bringing to our attention the passing of john gardner. i never read an ian fleming bond novel, but read plenty of john gardner's in high school. i had hoped that one day some of his better 007 fiction would find it's way to the big screen. with the cartoon elements of the bond franchise being pushed aside by the edgier bourne movies, that is a real possibility.

as for old flames--fire hurts! being burned is not fun, and the sting of burns fade only with time. finding out about an ex is opening a pandoras box of old feelings and memories.

if what you found out about an old flame intrigued you, could you stay away? better yet, what if it was your ex that sought you out, and wanted to meet for a drink? dan fogelberg covered that whole situation pretty well i think in the song "same old lang syne."

Airborne3502, You bring up an interesting dilemma. I think if someone attempts to reconnect they are stuck in a time warp. They want to relive a period of their lives or add closure to something. To me it’s like going back to your childhood home and realizing that the trees were not as big as you remember them or the neighborhood store is not as far as it seemed when you used to ride your bike to and fro. I would prefer to keep wondering. The one time it did happen, I think we were both disappointed in how moving into our forties had changed us from when we were in our teens.