“There are certain queer times and occasions in this strange mixed affair we call life when a man takes his whole universe for a vast practical joke”
Herman Melville (1819-1891), writer

I read this at the Treppenwitz blog:

A while back I was eating lunch at my desk and cruising a cool website for tchotchkes (gadgets and toys).

One of the items I found there, appropriately called 'The Annoyatron', was a complete waste of time and had absolutely no redeeming value whatsoever... except as a potential irritant and practical joke. So naturally I had to have it. 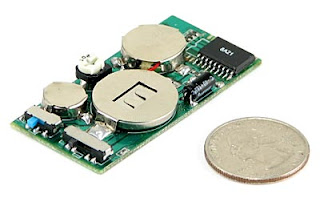 Simply put, this little wonder can be hidden just about anywhere (e.g., under the desk of they guy who has been stealing your coffee cream and munchies out of the office fridge for the past six months). It emits an incredibly irritating, high-pitched electronic chirp at random intervals of between 3 and 5 minutes.

The high frequency and relatively long interval between chirps make it virtually impossible to locate the Annoyatron... and it is pretty much guaranteed to drive the victim into a twitching, hair-pulling lather within an hour or two.


I had to have it. And, it worked like a charm over a two-day period.

Victim #1
First, I placed it in a co-worker’s office and came back after a couple of hours and said every time I walk by your office I hear beeps. That unleashed a volley of concern from her about her computer possibly going on the fritz or maybe it was that she was streaming her iPod from someone else’s file. In any case she was being bothered. Success! I fessed up and had a good laugh.

Victim #2
I placed the device in the light box over her computer. Again, I came into her office, which she shares with another co-worker, and I said, “Why do I keep hearing beeps from your office?” She explained that all her electronics were going on out and she was minutes away from unplugging her computer and taking it to IT support. I told her to check with me before she did that. She left the office and I moved the device over to her co-worker’s desk. He didn’t care and thought there was something wrong with the building. I admitted what I did and we had a good laugh.

Victim #3
A young, strapping athletic guy, 6-2, was asked about the beeping I heard from his cube. He was concerned that his phone was going out. I was using this for phycological advantage as we had a ping-pong match scheduled last night at Bixby’s bar at mid-Wilshire. I’ll write about the results of the match this weekend. I removed the device before telling him and placed it in victim #4’s office.

Victim #4
This was the best one. I came into his office used the usual line about hearing beeps from his office, but he was suspicious. I suggested he find it before something blows up. He doesn’t trust me for some reason. Let me just tell you that after I wrote about the cat of death he had the picture reproduced and placed on the back of my office door that I didn’t notice until around lunch.

I checked back a bit later and he had moved all his electronic equipment to one side of the desk to isolate the sound, he listened to the battery pack on his computer to see if that was making the noise. Since I was not hiding my smile, he watched my hands to see if I was controlling some sort of remote buzzer. I eventually showed him the device and had a good laugh.

The down side to this is I fear reprisals may be coming…
Posted by The Misanthrope at 8:39 AM

Dude, you're dogmeat at that office. I hope someone eventually finds the body. :)