“…They passin’ the presidency around like a party joint. It go from the Bushes – the Clintons to the Bushes and back…
Mos Def, rapper / actor, from “Real Time with Bill Maher"


Toner Mishap has once again scored an early first draft of Bush's speech tonight. We are certain it will change, but it nonetheless gives you a flavor of what is in store for us. 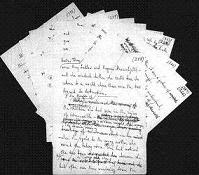 Thank you, thank you, fellow and fellowette Americans.

It’s a pleasure to be here tonight at Crawford. Hey, how did all you legislators get in my living room? That’s just a little Frank Sinatra humor for my high-rollin’ donors. I know I am in the Oval office. I am just showing I can laugh at myself the same way the rest of the world laughs at me.

Let me level with you. This Iraqi situation. It's not gonna change. I have learned a trick or two from the oil companies. Raise them prices, lower them, raise again and even higher, than lower them a bit and the people are happy. See, I have raised the troop limits so that I can withdraw them to pre-surge levels and make you thankful for the reduction. Frankly this war is no longer mine. I get to hand it off to the next president, which will most likely be a Democrat. Now, now, bear with me.

Karl Rove (little turd blossom) is behind this strategy; we turn this mess over to the democrats and there is no way to get out of this disaster. The public which has a short memory will blame the democrats and then brother Jeb will be elected president in 2012. Just endure friends. All will be right again, hah, that’s another joke, right as in right wing. I am going to make more money than my buddy Bill Clinton on the speaker’s circuit.

Speaking of speeches, I would like a moment of silence for my speech coach, Alex, the African Grey parrot, who recently passed. He did a heckva job.
Posted by The Misanthrope at 12:02 AM