No Love in a Time of Cholera

Despite our unrelenting heat wave here in Southern California now, which many of you across the country will get soon enough, the people of Iraq and many other places around the world have it far worse on a daily basis. The story in Saturday’s Los Angeles Times regarding a Cholera outbreak in Iraq further demonstrates how bad we have made the situation for the people there. 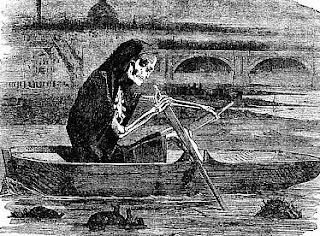 A cholera outbreak in northern Iraq, where thousands of people have sought refuge from sectarian violence, is overwhelming hospitals and has killed as many as 10 people, and struck more than 80 people in Sulaymaniya and Kirkuk.

Aid agencies had warned of the possibility of a cholera outbreak as blazing summer heat settled in Iraq, where the infrastructure is shattered by war and neglect. The disease tends to appear in the summer because, as the temperature rises, Iraq’s chronic electricity shortages make it difficult to operate pumps at sewage and drinking water treatment plants, which leaves many people without clean water, according to the article in the LATimes.

It seems that we have made a bad situation in Iraq even worse.
Posted by The Misanthrope at 12:58 AM