We got no-necked oilmen from Texas
And good ol' boys from Tennessee
And colleges men from LSU
Went in dumb - come out dumb too
Hustlin' 'round Atlanta in their alligator shoes
Gettin' drunk every weekend at the barbecues
Randy Newman, singer/song writer "Rednecks" 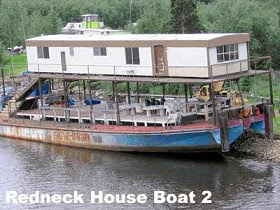 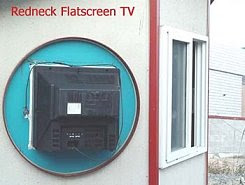 Posted by The Misanthrope at 6:06 AM No comments:

It's the second house on the right... the one with the blue Datsun in front. 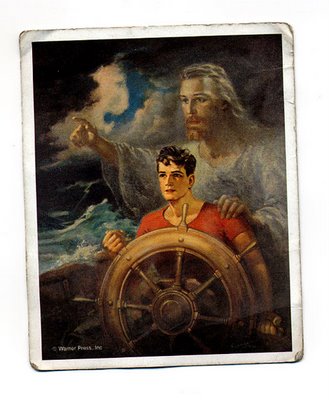 The Worse is Yet to Come

History … is, indeed, little more than the register of the crimes, follies, and misfortunes of mankind.
Edward Gibbon (1737–94), English historian. "The Decline and Fall of the Roman Empire"

I haven’t been moved to write much of anything lately, primarily I’ve been very busy with work. And, what leisure time I have is divided up with minimal chores, firing off missives to Realtors, DMVs, city hall and reading (newspapers, magazines, books), but this morning’s New York Times editorial section really points out that the country is truly being mismanaged and the citizenry are too busy eking out a living to care.

There is something terribly wrong with the country. What is worse is that the people continue to let the president run roughshod over clear thinking and common sense. It is amazing to me that the New York Times has four strong editorials/opinion pieces against the current White House Administration: the lead editorial “The Bait-and-Switch White House,” “Mr. Bush’s Oil Security Blanket,” “At Ease, Mr. President” by Garry Wills, and Maureen Dowd’s column attacks the craziness of Dick Cheney, and still there is not a movement afoot to strongly curtail this administration from inflicting even more long-term damage. I'm not even taking into consideration the number of books documenting the mismanagement of the Iraq war.

Extremists on any subject fail to see that the world is gray, not black or white. We know from thousands of years how humans will react when egos and insecurities are not addressed and yet world leaders continue to make the same mistakes over and over. And, the people let them, following into goose-stepping hell thinking they are being patriotic.

Our country is not only on the wrong track, but is seriously derailed and it has a ripple effect around the world.
Posted by The Misanthrope at 10:00 AM 3 comments:

State of the Union Rejected Drafts

For one tyrant, there a thousand ready slaves. Man is naturally a worshipper of idols and a lover of kings.
William Hazlitt (1778-1830), writer

Toner Mishap found a few of the crumbled rejected pages President George W. Bush had rewritten before tonight’s State of the Union speech.

My fellow Americans I have admitted that mistakes were made in Iraq. It’s a loser of a situation, I have sent over 20,000 troops and I will start to bring them home around summer time when there are only 15,000 to return – stuff happens, they’re not my kids.

In my last two years, I plan to focus on the domestic issues; you know the things that happen here in the good ol’ US of A. Our health care system is unfair, so I am going to tax the middle class, so they too cannot afford health care. I am in the process of replacing federal prosecutors with those that are loyal to me. I will try again to kill off Social Security…

The first crumbled page ended, but apparently the other page we found looks to have been another false start:

Ladies and Gentlemen, Republicans and Democrats remember I am a uniter, not a divider. I welcome the Democrats as a majority in Congress, and we’ll be united as long as you realize I am the Decider and you’re not...

Judges – It was reported that Judge Judy makes more than all the Supreme Court Justices combined. Considering this most unimpressive group, all is right in the world.

Hillary – I am just not crazy about her. Right now, I like John Edwards and Barack Obama.

Gerald Ford – I am not sure whether it was hindsight that made Ford look better or that fact that Bush is so bad. I. F. Stone had a great line shortly after John F. Kennedy was killed, which is just as appropriate today: “funerals are always occasions for pious lying.”
Posted by The Misanthrope at 12:02 AM No comments:

Why We Read TMZ and Perez Hilton

Ayn Rand wrote in The Fountainhead about a newspaper's appeal to the public through featuring society (AKA celebrity, nowadays) news:

"It overstressed the glamour of society -- and presented society news with a subtle sneer. This gave the man on the street two satisfactions: that of entering illustrious drawing rooms and that of not wiping his feet on the threshold."
Posted by B2 at 10:00 AM 1 comment:

Announcing a new Toner Mishap recurring feature: I'll be analyzing news stories with the help of the classic seven deadly sins, making a determination of how good or bad something is. One point for exhibiting each sin, with additional or partial credit when appropriate.

Our first example of this is the news that Dodger Stadium will be raising ticket prices and providing all-you-can eat Dodger Dogs; let's get started!

Gluttony: 1 pt
A new, expensive seating area in the right-field pavilion will include all-you-can-eat Dodger Dogs, peanuts and soda.

Sloth: 1 pt
You don't have to get up to buy your food -- they bring it right to you.

Envy: 0.5 pts
Is this driving further distinction between the "have"s and the "have not"s at the ballgame? Perhaps.

FINAL SCORE: 3.5 pts
With exactly half of a possible high score of 7, I rank the new plans at Dodger Stadium rank as moderately sinful, or encouraging moderating sinning.
Posted by B2 at 10:34 AM 2 comments:

“All men make mistakes, but only wise men learn from their mistakes.”
Winston Churchill (1874-1965), British politician and writer

Bush’s answer: Fellow Americans, I am going to increase the number of troops sent to Iraq, so no one will know who the last to die for my mistake will be.
Posted by The Misanthrope at 6:56 AM 3 comments:

Las Vegas Wants Your Money
and Yours, Yours and Yours

Saturday’s Bizarro comic strip by Dan Piraro fits so perfect with the news about Las Vegas profits that I have to share it, I am only sorry I can’t get my hands on the cartoon to show you.

Two Indians are standing next to Las Vegas-style slot machines and on the floor in front of them is a Caucasian male crawling away with his pockets turned inside out from losing his money at the casino. One Indian says to the other: I’m just sorry it took us 400 years to figure out how to beat them.

Now to the report that Nevada casinos post $2.1 billion in profit. Yes, that’s profit from all the people who go thinking they will beat the odds. Saturday’s Los Angeles Times’ article points out that the Las Vegas Strip had gross revenue of $14.9 billion.

It’s no wonder they keep tearing down the old gambling joints and building enormous gambling palaces.
Posted by The Misanthrope at 12:01 AM 5 comments:

The Sgt. Pepper of Videos

Is it not strange that sheep’s guts should hale souls out of men’s bodies?
William Shakespeare (1564–1616), writer

I'd ask how many artists you can identify, but I think a better question is who is not in here? It opens with a Frank and ends with a Frank. 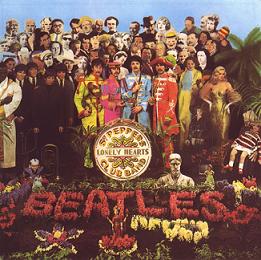 Inventor of Instant Noodles Dies at 96

Phones, Now Our Mail,
Loyalty Oaths are Next

No passion so effectually robs the mind of all its powers of acting and reasoning as fear.
Edmund Burke (1729–97), philosopher

Now that the Decider has decided to read our mail, it has been discovered that the white house gang is considering a Loyalty Program similar to what President Harry S Truman signed into law on March 21, 1947 that allowed sweeping background investigation on U.S. citizens and anyone else in the country during the late 1940s’ through the mid-1950s’.

Here is your first peek at the Bush Loyalty Oath:

"I further swear (or affirm) that I do not mail, read or e-mail, and have not within the period beginning five (5) years prior to the effective date of the ordinance requiring the making of this oath or affirmation, nor have I voted Democrat, advocated freedom of speech or taught the Bill of Rights to any child or adult, attacked marriage, Christmas, parental rights, America’s religious heritage or helped a homosexual, while in the United States of America and that I am not now and have not, within said period, advised, advocated or taught equal rights or viewed pornography, I further swear (or affirm) that I will not, while George W. Bush is president, participate, talk or listen to such persons who even think about any of the above while in the United States of America."
Posted by The Misanthrope at 12:01 AM 5 comments:

Awesome stop-motion animation makes this music video (?) a must-see! It's entrancing and captivating...

Thanks go out to BoingBoing for telling us about it!
Posted by B2 at 4:24 PM 2 comments:

Happy New Year
From Toner Mishap to You

Good resolutions are useless attempts to interfere with scientific laws. Their origin is pure vanity. Their result is absolutely nil.… They are simply cheques that men draw on a bank where they have no account.
Oscar Wilde (1854–1900), playwright

A hearty and happy New Year to all Toner Mishap readers and as a public service I will share with you Esquire’s The Rules: A Man’s Guide to Life in order to help with your New Year’s resolutions.