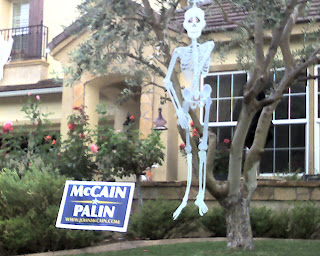 Something really scary:
Scare tactics at the polls

This guy has remixed the debates to give us a better sense of the talking points they resort to, time and time again.

(Thank you, BoingBoing, for pointing to these guys.)
Posted by B2 at 2:51 PM No comments: 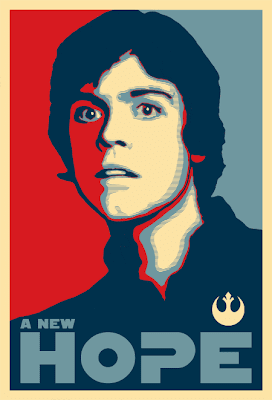 Prop 8 = Hate
Vote No on Proposition 8 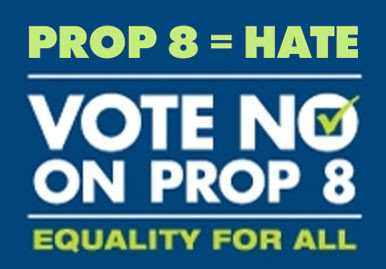 1. Marriage is a right that belongs to everyone.

2. We shouldn't single out one group of people to be treated differently under the law.

3. Voting "no" on Proposition 8 will help ensure that all Californians have the freedom to marry the one they love.
Posted by B2 at 6:36 AM No comments:

No Power Without Accountability

The song itself starts at 3:10 -- feel free to skip ahead to it if you would rather be entertained than indoctrinated.

And when I asked, "how could that be any good for our economy?"
I was told nobody cares, so long as they make money when they sell their shares

My new dog and my new camera. 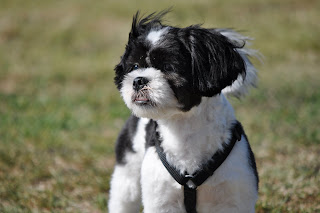 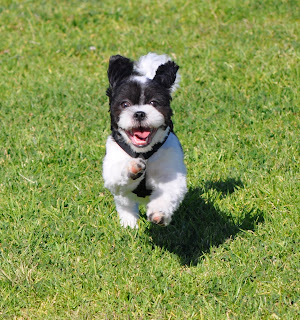 Best quote about printers ever (how appropriate for a blog named Toner Mishap!):

"Those aren’t really printers; they’re more like temporary housing units for your ink cartridges."
Posted by B2 at 6:01 AM No comments:

Opie and Richie, Back on Screen

The only way to see this excellent video is to follow the link
Posted by B2 at 3:54 PM 2 comments: 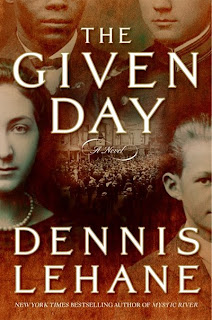 I am in the middle of the new book by Dennis Lehane “The Given Day.” I highly recommend it for a thoroughly enjoyable transportation into the early 1900s of Boston and the issues workers faced from 12 hours days for little pay to the threat of communism being throughout about if one disagreed with those in power.

I only get a hour or two to read on the weekends and only a few minutes before I fall asleep during the week, but while I'm awake every minute reading is very satisfying.
Posted by The Misanthrope at 12:01 AM No comments:

Email ThisBlogThis!Share to TwitterShare to FacebookShare to Pinterest
Labels: dennis lehane, the given day

Wait, James Ellroy *isn't* one of the Jetsons? 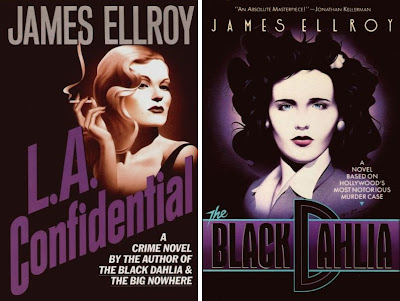 A few years back I read this and LOVED IT, and just saw the movie, which reminded me how much I liked the book. Apparently it wasn't a fluke -- I'm now reading this, and it's freakin' awesome!
Posted by B2 at 6:42 AM 1 comment:

Who Won the Debate? Remix

tip of the hat to Monkeys for Helping
Posted by The Misanthrope at 12:01 AM No comments: 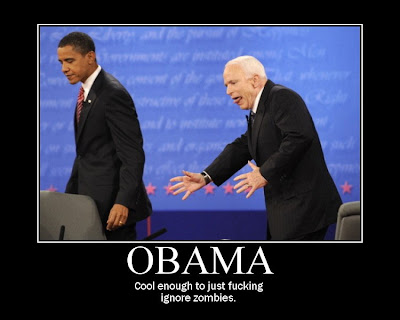 ABC3D: the best pop-up book in the world

Thanks, BoingBoing.net, for sharing this.

There is an excellent article in the Atlantic Monthly by Andrew Sullivan titled “Why I Blog.” I highlighted a few of the points : 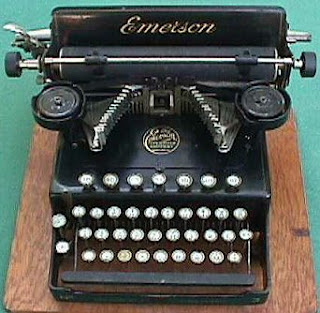 The bullet points are just the pieces I identify with as a blogger -- a real blogger, once a upon a time, four years ago to be exact. We did daily blogging for a year and it was time consuming, fun, intoxicating, and creative. We have kept it up in bursts, which works for us, but not so much for regular readers. I hope to start again, but it depends on how much time the day job requires. I doubt I or we will reach our halcyon days of that first year, but that is okay and to some extent preferable. I found myself writing to an audience or for a reaction rather than writing for me.
Posted by The Misanthrope at 12:01 AM 5 comments:

I now have a new Classic iPod because my old iPod was packed into my suitcase and the Neutrogena soap seeped into it. I returned it to the Apple store on the day the new versions were released and they give me $50 for my old one, so I purchased a new old one with 160GB. The downside was that I lost all my old play lists. I had some of them on my hard drive, but I altered the order in the pod and not on the computer, so a lot of great play lists disappeared. 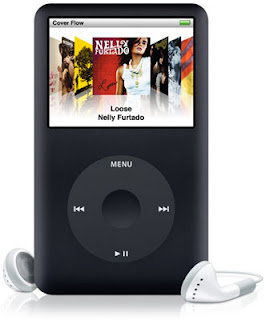 Now that I have gotten use to my Apple computer, I have been frequenting the iTunes store much too regularly. I have spent hundreds of dollars in the past few months buying music; I will write a post about some of the new music I have purchased. An example is the Seals & Crofts for wife for our relaxing weekends of floating around and doing nothing.

“Walk On” by U2
“Sugar Baby” by Bob Dylan
“On a Misty Night” by Joe Lovano
“Even the Losers” by Tom Petty
“Besame Mucho” by Carmen McRae
“Besame Mucho” by Eldar
“You’ll Never Walk Alone” by Frank Sinatra
“Dedicated to You” by John Coltrane and Johnny Hart
“We May Never Walk this Way Again” by Seals & Croft
“Worrisome Heart” by Melody Gardot
“Are you Alright?” By Lucinda Williams
Posted by The Misanthrope at 12:01 AM 2 comments: 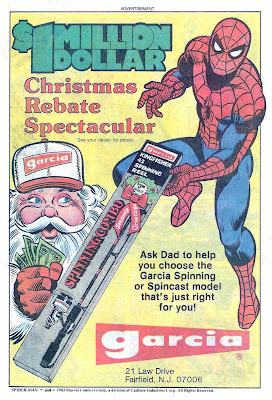 Just a Heart Beat Away...

Reality in our century is not something to be faced.
Graham Greene (1904–91), novelist

I suspect the fact that the world, no matter who is elected, is going to start to change for the better once the "Disastrous Duo" of Bush and Cheney leave office on Jan.20, 2009. This is finally setting in and Cheney's heart is having a hard time accepting this situation. 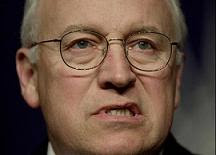 Vice President Dick Cheney experienced an abnormal heart beat on Wednesday morning and will see doctors to ''restore his normal rhythm'' -- the second time in less than a year that he will have the procedure.

Cheney, 67, canceled a campaign event he was scheduled to attend Wednesday
Posted by The Misanthrope at 8:39 AM 4 comments:

On vacation, saw a snake. Still waiting for my brother-in-law to identify it for me... can you do it? 12-16 inches long, and it looked like -- well, like in the picture I took up. 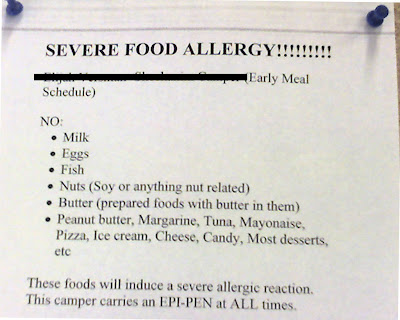 Names have been censored to protect the allergic. This is a real notice from camp last summer regarding one of our campers. I just dug it up to share it with a friend, and now you get to enjoy it as well.
Posted by B2 at 6:43 AM 2 comments:

Live Blogging the Debate... Sort Of

OK, I've got the vice presidential debate paused so I can share a few first thoughts.

Right at the beginning, Sarah Palin entered the debate arena, shook hands with Joe Biden, and loudly asked, "Can I call you Joe?" Someone apparently told her to stick with the "just us folks" approach.

She's already used the phrase "hockey moms have to unite."

Did she really use the phrase "never again" in regard to the economic situation we're in right now? Did she *really* want to evoke thoughts of the Holocaust?

She actually said, "darn right!" She's so folksy; I think I'll vote for her, 'cuz she's just like me!

My favorite quote so far, in response to Biden's prompting her for an on-topic response: "I may not answer the questions the way you or the moderator want, but I'm going to talk straight."