All speech, written or spoken, is a dead language, until it finds a willing and prepared hearer.
Robert Louis Stevenson (1850–94), novelist, essayist, poet

From the mailbag: Mother Misanthrope sent a photo of a gent who is protecting his hearing aids from getting clogged by odorous political rhetoric. 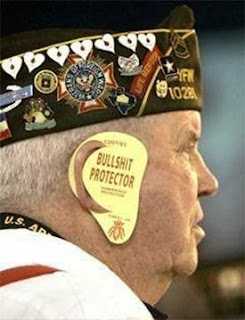 Posted by The Misanthrope at 12:01 PM No comments:

Choked up the for the Wrong Reasons

We never really know what stupidity is until we have experimented on ourselves.
Paul Gauguin (1848–1903), artist

I was shocked to see this story. I thought we were the only teenagers innocently dumb enough to play this -- the choking game. Suffocation, which includes hanging, overtook gunshot in 1997 as the No. 1 way 10- to 19- year olds take their own lives, according to the Centers for Disease Control and Prevention, as reported in the New York Times today.

Back in my day, about four or five of us would go up into a friend’s room and Mark (not On The Mark), who was the strongest in the neighborhood would take turns choking 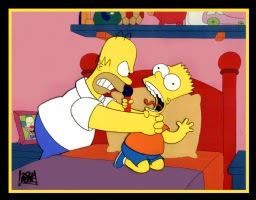 one of us so we could pass out and the others could watch the person twitch and jerk around. I only did it once; being choked was not to my liking.

According to the article: “Asphyxiation games have been with us for generations, but what makes the current generation’s execution of this game different is that more kids are willing to play it alone,” said Dr. Thomas Andrew, the chief medical examiner in New Hampshire, who has consulted on 20 cases around the country where the game was suspected.

We also experimented with hypnosis until we showed off to a friend’s mother that we could make the neighbor kid smell ammonia and he thought he was smelling perfume. I am sure the mother saw a massive lawsuit and huge liability insurance claims. That pretty much ended our fun; it was back to balloon water fights.
Posted by The Misanthrope at 12:04 AM 12 comments:

The great mass of people … will more easily fall victim to a big lie than to a small one.
Adolf Hitler (1889–1945), German dictator

The headline in today’s New York Times: Bush Spokesman Schedules Surgery to Remove Growth, regarding Tony Snow’s medical condition, but I immediately pictured the following for growth removal, which applies to all in politics, but especially the corrupt Bush White House gang: 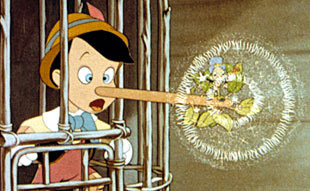 As the repugnant author of the quote above warned us, we need to question everything, thoroughly.
Posted by The Misanthrope at 10:05 AM 1 comment:

Comedy is tragedy that happens to other people.
Angela Carter (1940–92), author

Looking for something humorous today, click over to APJournal Revived and find out the new generic name for Viagra under the post "Made me cry, I laughed so hard."

The FDA has been looking for a generic name for Viagra. After careful consideration by a team of "government experts, it recently announced that it has settled on the generic name of...

Email ThisBlogThis!Share to TwitterShare to FacebookShare to Pinterest
Labels: humor

I'm reading Craig Nelson's biography of Thomas Paine this weekend, and it's a great one -- the sort of book that makes you want to take up arms against injustice and strive forcefully for victory. These, too, are the times that try men's souls.
Posted by B2 at 7:05 PM No comments: 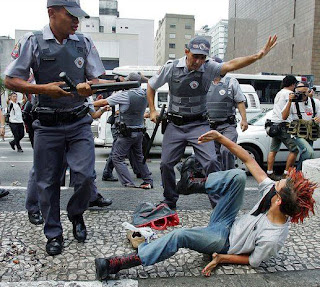 Someone has some great photos of the anti-Bush protests in Brazil from this past week. Thanks, BoingBoing for letting us know about it! (Caution: some may be NSFW.)
Posted by B2 at 11:32 AM No comments:

This is from one of my regular blog stops --Anything They Say. I was actually angry with myself for being fooled because this is exactly what the most corrupt White House Administration in the history of the United States does, and I was suspicious but I couldn’t pinpoint why exactly. I have my answer. I encourage you to visit the site and read the entire post.

The Redirection
The rolling pin of White House scandal continues to splay out an ever widening pastry of malfeasance, fraud, jobbery and iniquity. No sooner had VP Chief of Staff Lewis Libby been convicted on four counts of perjury and obstruction of justice than out rolled the next scandal à la mode: the U.S. Attorney purge....

Notable also now is the conveniently timed release of Khalid Sheikh Mohammed's recorded confession to the 9/11 plot, garnered during a secret military tribunal to which no press or witnesses were allowed access. But the Pentagon says this guy confessed, so, by god, that's good enough. Though hardly a stunning revelation -- Mohammed's involvement has been long known -- the story served another and far more important purpose: bring back pained memories of 9/11, remind of us of the evildoers' evilness, and suck up the big headlines (see how that draws the eyes) while a picky Congress frets about a few lawyers getting fired. Suddenly, FBI malfeasance, Scooter Libby, Walter Reed and White House intelligence manipulation are relics of long, dusty, forgotten past.

Blinded By the Light…and the Mercury

We create the world in which we live; if that world becomes unfit for human life, it is because we tire of our responsibility.
Cyril Connolly (1903–74), British critic

I watched the CBS Evening News with Katie Couric, which was much better than the last time I watched, during her initial week. Last night there was a story on the big push for compact fluorescent light bulbs, but they didn't cover the most important aspect of this story. NPR’s All Things Considered, on February 15, covered the fact that "CFL Bulbs Have One Hitch: Toxic Mercury," but no other news outlet seems to be picking up the story: 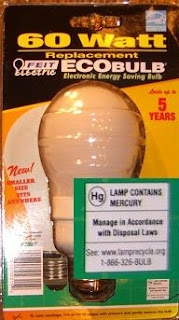 The Environmental Protection Agency and some large business, including Wal-Mart, are aggressively promoting the sale of compact fluorescent light bulbs as a way to save energy and fight global warming. They want Americans to buy many millions of them over the coming years.

But the bulbs contain small amounts of mercury, a neurotoxin, and the companies and federal government haven't come up with effective ways to get Americans to recycle them.…

…Experts agree that it's not easy for most people to recycle these bulbs. Even cities that have curbside recycling won't take the bulbs. So people have to take them to a hazardous-waste collection day or a special facility.

As you consider helping the environment, just remember you can do far more harm than good if you don’t dispose of the bulbs properly.

After one look at this planet any visitor from outer space would say “I WANT TO SEE THE MANAGER.”
William Burroughs (1914–97), author
Posted by The Misanthrope at 12:02 AM 1 comment: 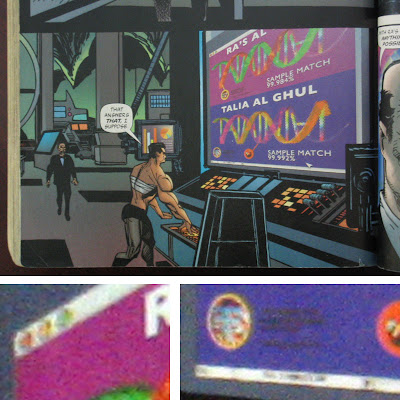 The Bat-computer runs Macintosh OSX -- saw this panel in a recent issue at the library, and showed the wife. She didn't really care, so I'm blogging it. Notice the tell-tale red/amber/green circles? Click the pic to see it bigger.
Posted by B2 at 9:38 AM 1 comment: