A Time That Will Be Nevermore

“I'm in awe of people out there who deal with Alzheimer's, because they have to deal with death 10 times over, year after year.”
Marcia Wallace, actress

After I wrote my brief tribute to Fess Parker here, I soon ordered the series from Netflix, well season one, and then I outright purchased season two. As much as I can make it a routine, I come home, make dinner, and turn on Daniel Boone. 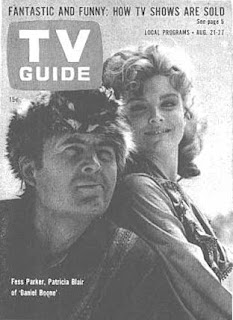 When I told people about my ritual of watching Daniel Boone, I joked and said I was reliving my childhood, but today after visiting my dad and realizing, truly realizing he is not the man he was, he is barely a shadow of himself. Add in other circumstances that have transpired in my life recently and I now recognize I wasn't kidding.

My youth was a safe time. A time of no worries other than where I would ride my bike to the next day, wondering what time my grandparents were coming over, or what toys of mine my brother borrowed without asking me, not that I would have shared if he did ask. Some mornings, I would lay in bed and hear my father drive off to work, while it was barely light, to ply his trade day in and day out to make sure we had a roof over our heads, clothes to wear, and toys to play with. In the evening, I’d see his truck turn the corner and pull into the driveway, I would go running home just to say hello. After a long week, he worked around the house throughout the weekend to make sure the place was well maintained and neat.

Tonight, I watched a Daniel Boone episode and I definitely knew it’s a way of revisiting the simpler times of my life before I understood what politics were, before I could fathom the battle of the roses, before I understood greed, and the cruelty that people and nature can inflict. Today I visited my father and it’s barely him. Bit by bit, day by day, he is rapidly (rapidly is subjective) disappearing even if he is still here physically. The happy ending of tonight’s show made it crystal clear why I escape to Boonesborough for an hour each night – because all was right in my world during this time, a time that will be nevermore.
Posted by The Misanthrope at 9:41 PM 4 comments:

Happy Birthday to Mrs. B2!

Happy Birthday to the love of my life, my wonderful wife!
Posted by B2 at 8:11 AM 1 comment: