“Gardens are a form of autobiography”
unknown 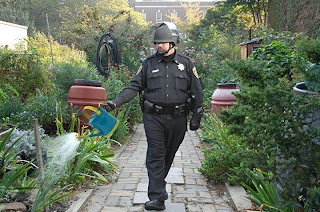 Posted by The Misanthrope at 11:48 AM No comments:

"It is weakness rather than wickedness which renders men unfit to be trusted with unlimited power."
John Adams, 1788

"If a nation expects to be ignorant and free, it expects what never was and never will be."

The callous Lt. Pike who so willingly sprayed peaceful students at UC Davis deserves all the infamous notoriety. He was put on PAID administrative leave, which is akin to vacation. 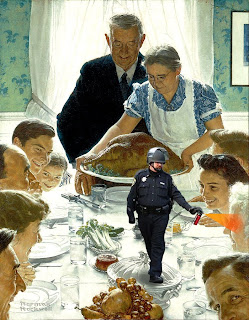 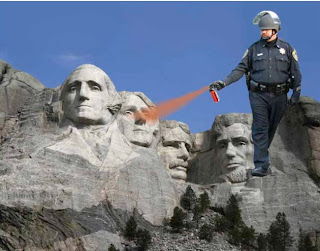 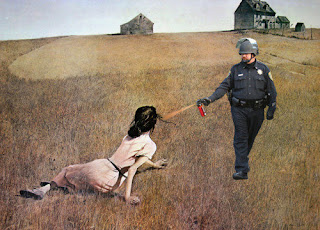 Posted by The Misanthrope at 5:24 AM 3 comments:

A Personal Appreciation of Paul Simon

To the mortal man

Believe we’re gliding down the highway

When in fact we’re slip slidin’ away

“Slip Slidin’ Away” written by Paul Simon, from the album “Still Cray After All These Years”

I have been familiar with Paul Simon’s music for a number of years maybe beginning in the late ‘60s and certainly continually since the mid-‘70s, when I am guessing his fame was at its pinnacle after having recently separated from his childhood friend and musical partner Art Garfunkel. I attended his concert at the Santa Monica Civic Auditorium in ’76-’77. I was too musically immature to truly appreciate him and he seemed too soft rock/pop for my tastes at that time. I purchased most of his albums over the years, but rarely kept them on regular rotation.

My music listening has increased tremendously in the last few years. Most likely Apple and its iPod are responsible for my renewed focus on music. Now I focus much more on the lyrics. While I still like a good rock song my aging tastes lean toward acoustic, thoughtful, and insightful. Simon’s song writing fits the bill nicely. 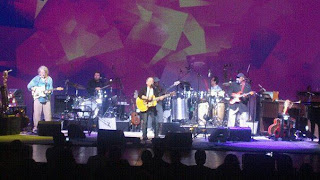 Simon’s latest CD and tour titled “So Beautiful or So What” intrigued me enough to experience both. I purchased two tickets and invited my cousin from Oregon to accompany me to the April concert. The show was very good until the encore, and then it was amazing. Simon walked out by himself with an acoustic guitar and started into “The Sound of Silence.” I was stunned by the beauty and poetic nature of the song that I overlooked until now:

I've come to talk with you again

Because a vision softly creeping

Left its seeds while I was sleeping

And the vision that was planted in my brain

Within the sound of silence

In restless dreams I walked alone

'Neath the halo of a street lamp

I turned my collar to the cold and damp

That split the night

And touched the sound of silence

And in the naked light I saw

And no one dared

Disturb the sound of silence

In the wells of silence

And the people bowed and prayed

To the neon god they made

In the words that it was forming

And the sign said, "The words of the prophets are written on the subway walls

And whispered in the sound of silence

Prior to that concert the only version I had heard was the version with Garfunkel, it was nice just not poignant to me. The version on his latest collection of songs “Paul Simon Songwriter” is the song I heard him sing, twice and both were spellbinding. There is also a version on his album “Paul Simon Songbook” that sounds stark and angry, which also works.

While I didn’t initially appreciate the song many others have for decades. According to Wikipedia: "The Sound of Silence" is the song that propelled Simon & Garfunkel to popularity. It was written in February 1964 by Paul Simon in the aftermath of the 1963 assassination of John F. Kennedy. While the song was a hit and is the 18th most recorded song with five million plus performances, according BMI, it still feels underrated and taken for granted.

Having now seen Simon twice in concert this year, once in April and again in October because I wanted my Love to experience the musical beauty of that song and the entire concert. The second time around I was able to better appreciate the songs and the band. The autumn show was looser and tighter. The band’s stage presence seemed more relaxed, despite guitarist/multi-instrumentalist Mark Stewart suffering a rather significant bike riding accident earlier that day.

I am making up for all the unappreciated Simon years by listening frequently to my Paul Simon playlist. A number of his songs have lyrics that are poignant and poetic. He captures a feeling that is universal in a very poetic manner. The song “I Am a Rock” is a perfect companion to “The Sound of Silence.”.

In a deep and dark December;

Gazing from my window to the streets below

On a freshly fallen silent shroud of snow.

A fortress deep and mighty,

That none may penetrate.

I have no need of friendship; friendship causes pain.

It's laughter and it's loving I disdain.

Well, I've heard the word before.

It's sleeping in my memory.

I won't disturb the slumber of feelings that have died.

If I never loved I never would have cried.

I have my books

And my poetry to protect me;

I am shielded in my armor,

Hiding in my room, safe within my womb.

I touch no one and no one touches me.

And a rock feels no pain;

And an island never cries.

Simon has been a singer/song writer for nearly 50 years now, depending when on when you start the clock, and as popular, talented, and world renown yet I believe he is still underrated.

His music is very melodic and his voice is soft. Unlike Bob Dylan, Simon has not been in the news much for an infamous personal life. The only three major headlines I can think of for Simon include the breakup of Simon and Garfunkel, the divorce from Princess Lea (Carrie Fisher), and the non-controversy of his incorporating South African music into his CD; really he was exploring and pushing the limits of his creativity. So, no headlines, smooth voice, and literary lyrics combine to stifle the attention his work receives.

Additionally there is nothing racy about his lyrics. He mentions “stepping out to smoke a J” in “Late in the Evening,” and “Duncan” starts off about a couple that could win a prize for going at it all night long; “Old” references the first time he tried marijuana and his feeling of paranoia. These are genteel compared to say Dylan’s “Let’s Go Get Stoned” or many, many other songs.

The painter/photographer Chuck Close writes in the forward to Paul Simon’s book “Paul Simon Lyrics 1964-2008,” that no less a composer than Philip Glass has called Paul the greatest songwriter of our time.

And I am heading for a place of quiet

Where the sage and sweet grass grow

By a lake of scared water

From the mountain’s melted snow