You Can’t Cash My Checks

But you can't cash my checks
And you can't feel this hunger
You can push me into cold water
But you can't hold me under
Jamey Johnson, singer song writer

From an article in Mother Jones magazine: The New Dealers we learn how more people than we realize are making ends meet. I personally know two such individuals who grow and sell, neither can get work for various reasons. These are the new bootleggers who are not getting rich, but are just making ends meet.


In a forthcoming post you'll see that our elected officials are only interested in their wealth, not your well being nor the country's so long as it conflicts with their money grab.
Posted by The Misanthrope at 7:44 PM No comments:

"We have long had death and taxes as the two standards of inevitability. But there are those who believe that death is the preferable of the two. "At least," as one man said, "there's one advantage about death; it doesn't get worse every time Congress meets."
Erwin N. Griswold (1904–1994), appellate attorney

Draw your own conclusions. I would enjoy hearing your thoughts. 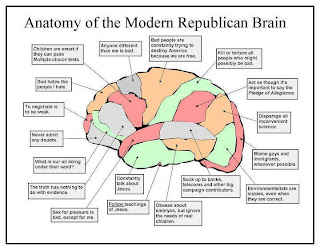 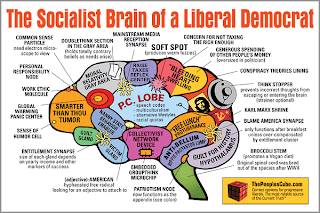 Posted by The Misanthrope at 9:19 AM No comments:

Politicians, Constituents, and the F-Bomb

“When once the forms of civility are violated, there remains little hope of return to kindness or decency”
Samuel Johnson (1709-1784), poet, critic, and writer

The political media is portraying an Iowa grocery store shopper's rude comment, "you're a fucking asshole, as evidence that Newt Gingrich is falling rapidly in the polls. To me it’s just further proof of society’s lack of manners and decorum, which sadly is not news.


Gingrich is doing what any candidate for public office needs to do, which is meet and greet the people who will have an opportunity to cast their vote for or against. There is no need and indeed no excuse for such behavior.

Disgracefully politicians behave similarly: former Vice President Dick Cheney shamefully told a colleague from across the aisle to “Go fuck yourself,” in June of 2004 during a debate regarding Halliburton’s role in the reconstruction of Iraq. His boss President George W. Bush gave the middle finger salute before filming started, which was recorded.

Democrats have been just as bad. Elected leaders need to set examples for civility and for ethical behavior, not elevate contemptible and despicable behavior.

Posted by The Misanthrope at 5:30 PM No comments:

"Some of it, you really want to unlearn."


Posted by The Misanthrope at 11:59 PM No comments:

Loud TV Commercials -- Are You Deaf Yet?

“Speech is for the convenience of those who are hard of hearing; but there are many fine things which we cannot say if we have to shout.”
Henry David Thoreau (1817-1862) essayist, poet, philosopher

FINALLY! THE JARRING, BLARING, AND ANNOYING VOLUME OF TELEVISION COMMERCIALS IS GOING TO STOP. 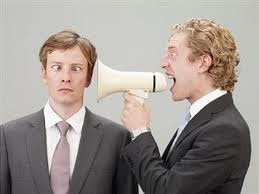 Sorry, I didn't mean to yell, I was trying to write about the commercials, but I couldn't hear myself think.

The Los Angeles Times reported that the FCC said cable and satellite TV companies as well as local broadcasters will be required to make sure the volume on commercials is kept in check. The rules go into effect in December 2012. 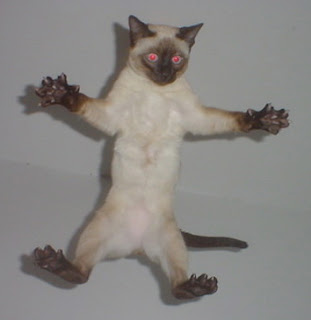 Sadly we still have to wait another year, but then one can rest their eyes and not end up like a scared cat clinging to the ceiling once the commercials start screaming at you.
Posted by The Misanthrope at 2:09 PM No comments:

Drink Up A Song List to Celebrate Prohibition's End

I almost missed this. Monday marked the 78th anniversary of the ratification of the 21st Amendment that officially ended Prohibition in the United States. On December 5, 1933, the federal government brought to a close a 13-year era of a failed prohibition of alcohol. 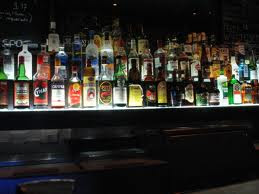 I got this idea from Mother Jones. Here is a list of drinking songs to celebrate or morn. Let’s set the scene in the wee hours of the morning with Mr. Sinatra and we’ll end on a bawdy tune with another Frank, Mr. Zappa):