How Much Do You Spend on Entertainment?

The American public does not want to be uplifted, ennobled—it wants to be amused.
Alice Dunbar-Nelson (1875 - 1935), novelist, social worker, and teacher

Over the last 10 years, outlays for entertainment outpaced overall expenditures. 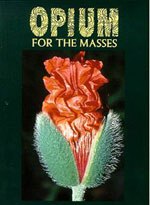 Spending on health care and education, which almost doubled in that period, grew faster, according to an article in the New York Times.

I realize that I spend far too much on entertainment. I buy too many books and CDs, but I justify it by rationalizing that it is my only indulgence, when the Rolling Stones are not in town, or I’m not going to the jazz club with On the Mark. I have given up going to see the Los Angeles Dodgers; last year was the first year since the early ‘70s that I did not go to a game, which saved about $100 or so.

All this comes to mind because I read the article on what a life of bread and circus costs us. What is your monthly total?

The average American spends more on entertainment than on gasoline, household furnishings and clothing and nearly the same amount as spent on dining out, according to the Bureau of Labor Statistics.

Among the affluent, the 20 percent of households with more than $77,000 a year in pretax income, more money is spent on entertainment - $4,516 a year - than on health care, utilities, clothing or food eaten at home.

Now granted, some of this is required expense. Just try to get by today without the internet or a cell phone. Also, who wants to listen to our politicians argue like school kids and demonstrate hypocrisy at a perfected level?

The opium of the masses today is a combination of entertainment and religion. Who can fault us with a government of thieves and liars who are only out to line their own pockets? (I didn't even get into the fact that the House members voted themselves a raise last week they now make $165,000.)
Posted by The Misanthrope at 12:19 PM

I'm not sure what my net total is on entertainment, but I can tell you that the New York Times went from 4 sections in the weekday paper 10 years ago to 7 or 8 in the average weekday edition as recently as today. This, judging from the content, was purely advertiser-driven. It also meant the end of my life-long subscription to the so-called paper of record, which has also doubled as my local paper, the one that published a photograph including me along with the rest of the staff of a trendy magazine when we were laid-off.

I now get the Sunday paper, so the off-White Rabbit can have something to poop on. I noticed in the article (on-line) about entertainment costs that somehow "newspapers," which these days fail to inform or entertain me for the most part, failed to make the list.

No matter how hard I try to get a better deal, I still pay about $125 a month just for a package including cable, high-speed internet and home phone service.

Then there are about a half-dozen magazine subscriptions, way too many book purchases, and occasional trips to the movie theater. I don't really buy CDs anymore, but I probably buy 3-4 $0.99 songs from iTunes each month.

Yes, it really does add up.

Argue like schoolkids indeed. It almost seems to me that the rule of government has defaulted to the rule of Turner and Warner. The average citizen pays far more heed to election of an Idol than the election of a President. A scandal involving Tom Cruise and Katie Holmes creates a far louder outcry than a scandal involving
"an unnamed senior administration official" and Bob Woodward. For the SECOND time in history. And in a far more ominous situation. And the installation of Rootkits by Sony/BMG on consumers' computers infuriates people more than the installation of a surveillance-oriented secret police state that can pry into your library records and bookstore buying habits by the FBI.

Eff that. Off with their heads!!!

Alice, you're right. I forgot to mention newspapers (I'll correct that), which is not cheap the LATimes that is going downhill fast costs $42 a month and just getting the NYTimes on Sunday is $24 a month.

Jane, My cable bill is outrageous. I have a cow about it every month, mine is $10 more a month. I'm on the verge of canceling the premium channels, but since everything is all packaged it might only save me $10 or $15 bucks. I was thinking that I could buy the Cds of the shows at the end of every season and save money.

I took my mother to a Lakers game the other night for her birthday. When it was all said and done it wound up costing nearly $400 for the tickets, food, and parking. I don't have any regrets because we had a great time, but I wouldn't do it more than once a year, if that.

I would find it quite hard to live without the Net, cell phone, DirecTV, books or music.

If I hard to pare things down I could, but it would take some time to adjust and I suspect that I'd feel like I was missing out on something.

“I am a most unhappy man, I have unwittingly ruined my country. A great industrial nation is controlled by its system of credit. Our system of credit is concentrated. The growth of the nation, therefore, and all our activities are in the hands of a few men. We have come to be one of the worst ruled, one of the most completely controlled and dominated governments in the civilized world. No longer a government by free opinion, no longer a government by conviction and the vote of the majority, but a government by the opinion and duress of a small group of dominate men”

The Twentieth Century Fund estimates 40 billion dollars per year for total recreation expenditures in the United States could easily be supported.

I discontinued my land line and use Skype at $30 a year for all the calls I want to make. I have Quest DSL at $35 a month. Dish at $40 a month. My car is paid for. Auto insurance is $62 a month (no collision coverage). Renters insurance is $14 a month. Rarely go out to eat (don't trust the food), I eat organic. Never, never eat fast food. I love to cook. I am somewhat addicted to the tele. However, I love to write, which draws me out of my 'TV Stupor'. Also I'm a big fan of nature and do lots of hiking in the woods with my supper canine friend. I live on about $1200 a month.