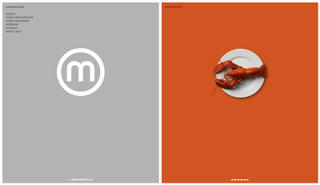 I was skeptical too -- believe me! But Muzak has an awesome site.

In some sort of effort to combat the stigma associated with their name, Muzak is going "edgy," hoping to attract a whole new generation, it is pursuit to bring music to the world.

Muzak was founded during the Great Depression by Owen Squier, who patented the transmission of music over electricity lines. The name Muzak combines the word "music" with "Kodak," Squier's favorite company. Squier introduced music into typing pools to help boost productivity. In the 1930s, as buildings grew taller and elevators became more prominent, Muzak was piped in to soothe the nerves of riders leery of the new contraptions. Thus, elevator music was born.

Apparently, the folks at Muzak think everything goes better with music. I tend to agree. And if the new kinds of music they now offer and the "cool" factor of their revamped website are any indication, I think Muzak may be back on the rise.
Posted by B2 at 12:03 AM

Everything does go better with MUSIC, you are right. Not with Muzak. I'd rather listen to Celine Dion in the dentist's office than listen to a synthesized version of her music. Actually, I take that back. They both suck.